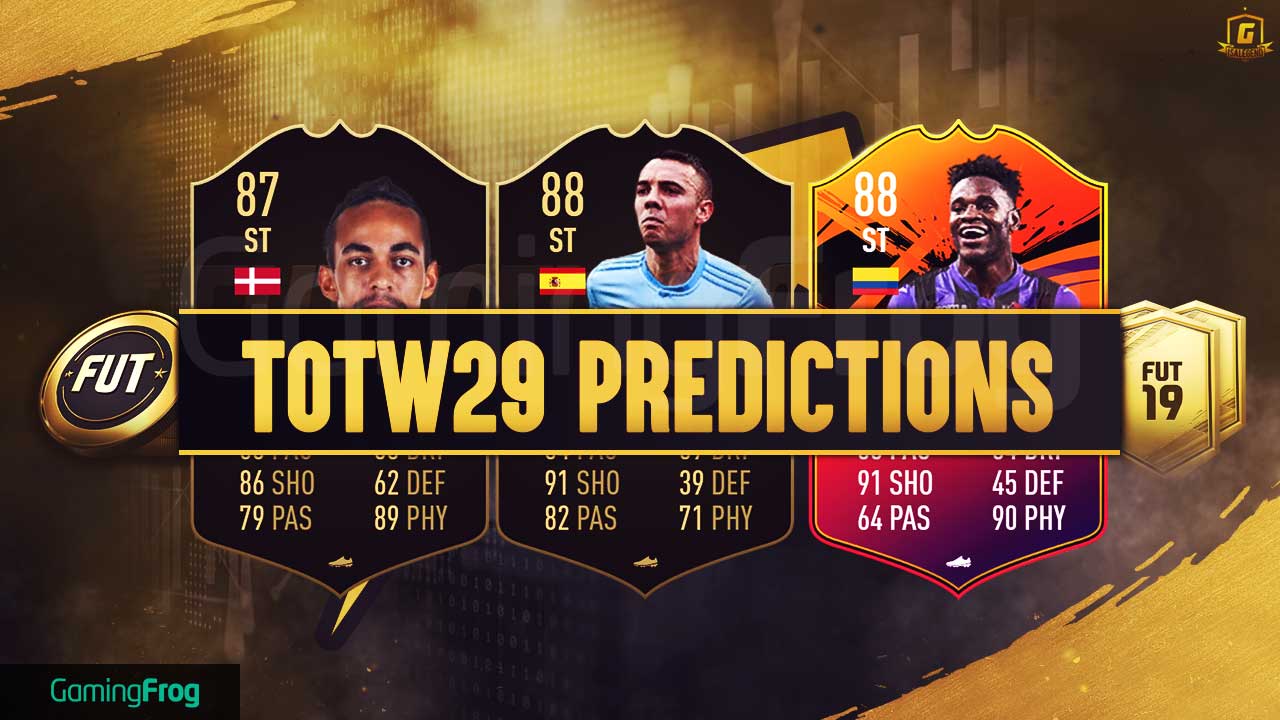 The big question is who does not make the cut from the hat-trick club this week and who gets in from derbies such as the Old Firm and Ajax vs PSV.

Neto  – GK – OVR 84 The Valencia GK played a key part in keeping out Sevilla making 5 saves and keeping a clean sheet into the bargain, with not many standing out and not the strongest TOTW, he is our starting GK and a SIF inbound.

Kurt Zouma – CB – OVR 78 Zouma has been close a few times this year but finally looks set to be given an IF for his goal and clean sheet in the 2-0 victory over West Ham.

Thilo Kehrer – CB – OVR 78 While PSG may have not been the most impressive against Toulouse only winning 1-0, but 1 positive from the game was Kehrer with him assisting the goal for Mbappe and as a result should do enough to merit his spot this week.

Vitor Hugo – CB – OVR 76 This is 1 inclusion a number of people may think is odd, especially as Fiorentina drew 1-1, but Hugo got an assist but he got an 8 from Gazzetta which is very hard to ignore normally, therefore deserves a spot this week.

Filip Kostic – LM – OVR 77 So soon after an IF in TOTW25, which could go against but a SIF looks set for Kostic for his 2 goal haul, this time looks set to be an LM so won’t look as bad as his LWB card.

James Forrest – CAM – OVR 76 This is a tough one as both Forrest and Edouard got a goal and assist but due to being a gold, 2 IFs already and a position change, this card could be intriguing as would be the perfect link to SBC Tierney, see what happens but the Old Firm will produce an IF.

Saul – CM – OVR 85 The Atletico Madrid mid looks set for a first IF this FIFA after an impressive showing in the 4-0 win over Alaves, who have proven to be a tough side to beat at home, but Atletico made it look easy, only negative is he got 1 goal and ample others may get the nod.

Carlos Vela – RW – OVR 81 Vela ran riot in the MLS as the form team Los Angeles FC keep their early run going and Vela’s 2nd IF continues to improve the MLS best possible team of late with this RW addition with his 3 goals and 1 assist.

Iago Aspas – ST – OVR 85 This is a tricky pick on the basis both Celta Vigo and Villarreal are fighting to stay up which is totally unexpected but in this battle, Aspas played a key part scoring 2 goals, while there are ample hat-tricks and 4 goal contributions this week, Aspas’s 2 crucial goals could do enough to see a TIF.

Duvan Zapata – ST – OVR 79 Another tricky pick here with the abundance of hat-tricks but Duvan Zapata has a few factors that will go his way, a good match rating from Gazzetta being a 7.5, 2 goals and a headliner card, we would imagine from there that will help towards another IF for him.

Yussuf Poulsen – ST – OVR 79 A TIF for the Leipzig forward looks inbound for his hat-trick in their 5-0 win over Hertha Berlin, as Leipzig continue their special forward trail.

Thomas Strakhosa – GK – OVR 80 Big game between Lazio and Inter with Lazio winning 1-0 and Strakhosa playing a big part in this with 7 Saves and a clean sheet, giving him his SIF.

Jonas Hector  – CM – OVR 79 Koln continue their run of form to promotion back to the Bundesliga a big part of this was in a 4-0 win over Holsten Kiel and Hector looks set for a SIF, if he was in the Bundesliga would be a useable card as an alternative but due to being in the 2nd tier not so much but his 1 goal, 1 assist will help, worth noting he played CM in this game so goes from LB to CM if happens.

Paco Alcacer – ST – OVR 79 Dortmund left their goals late but Alcacer got 2 late ones to bag a vital win in the title race, as a result a SIF looks inbound for him which would go in line with his FUT Swap card.

Munas Dabbur – ST – OVR 76 Another of the form forwards from out with the big leagues running riot and Dabbur looks set for his 1st IF to go on top of his TOTGS Card with his 4 goals in a 5-1 win for Salzburg.

Alejandro Pozuelo – CAM – OVR 79 The new Toronto signing safe to say made a statement since joining from Genk as got 2 goals and 1 assist, and already justifying early why Toronto signed him as a result an IF looks set for him.

David Neres – LW – OVR 79 The Ajax winger got the POTW in Eredivisie with his 1 goal and 8 match rating against PSV, while so many others did so much more this week, will be hard to not include someone from this game.

Patrick Van Aanholt – LB- OVR 75 Crystal Palace bagged an important 3 points in their battle to stay up and Van Aanholt got a goal and clean sheet in the game, while Milivojevic has a shout too, we feel Van Aanholt will get the nod and go to the same rating as his FUTmas card.

Benito Raman – LM – OVR 73 Dusseldorf showing some good form to finish potentially mid table and they ran riot against Monchengladbach, with Raman bagging 3 assists, while Hennings got 2 goals and could get in, we feel Raman deserves the nod.

Andreas Weimann – ST – OVR 71 The Championship brought some big performances this week with Pablo Hernandez of Leeds, Waghorn of Derby all meriting shouts for the TOTW we have opted for Weimann as Bristol City came from behind to beat Sheffield United 3-2, with Weimann bagging a hat-trick, but don’t be surprised if Hernandez or Waghorn get in instead.

Salah Al Shehri -ST – OVR 62 A SIF looks set for Al Shehri for his 4 goals making him go from a bronze at the start of FIFA to a gold IF, it is well deserved regardless even if only part of the discard club.

Alexander Isak – ST – OVR 69 Eredivisie had another leading light this week with Isak scoring a hat-trick for Willem, but also scoring an 8, his place is deserved and showing some of his potential that showed why Dortmund signed him in the first place.

Merveille Biankadi – LM – OVR 64 To finish off we have Biankadi who joins the silver IF club after his hat-trick for Hansa Rostock, therefore meriting his spot this week. 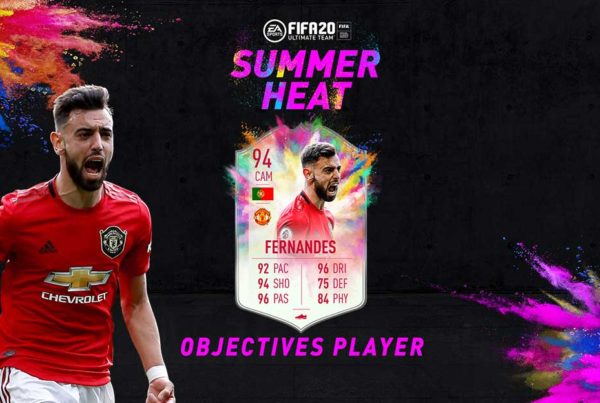 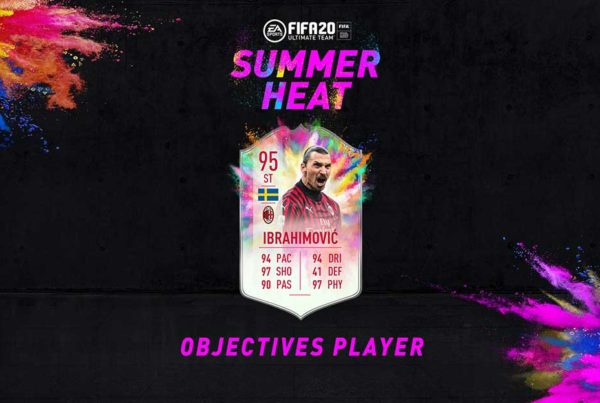