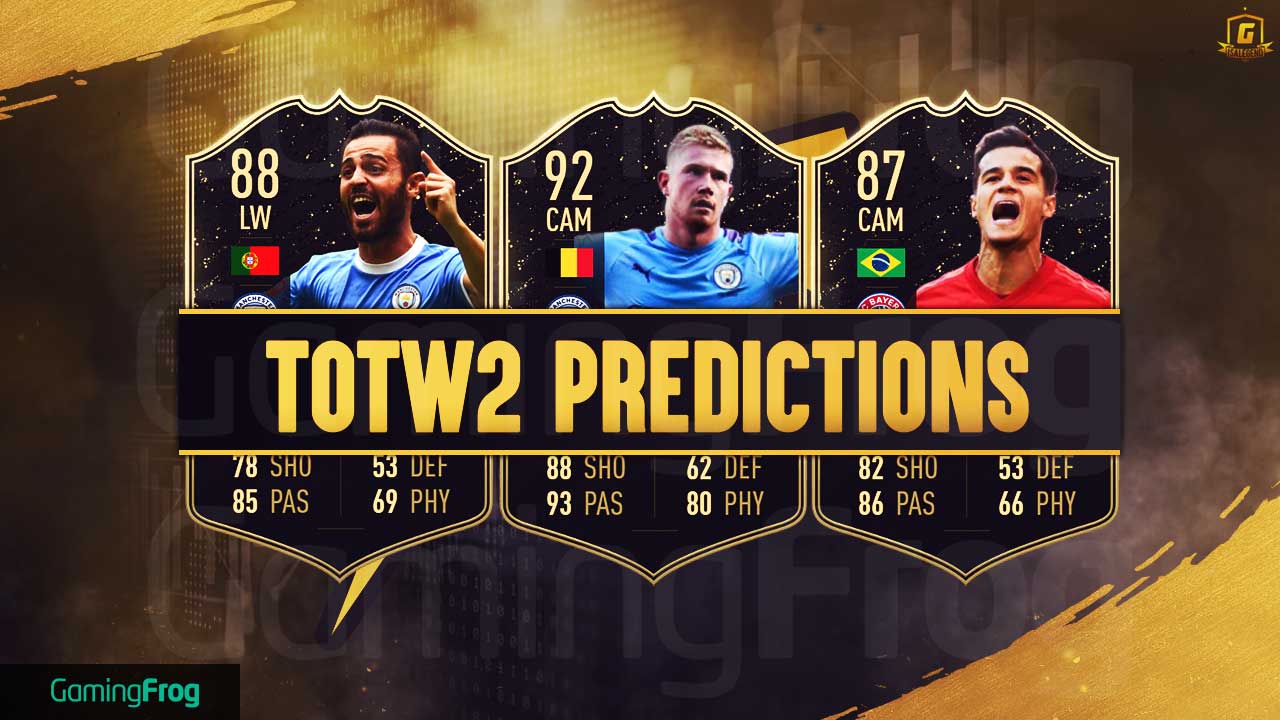 A new FIFA is upon us and with that TOTW1 is here looks set to be a good TOTW in terms of initial IFs to try and possibly 1st of many for others.

The big question for this TOTW with it being the 1st, will players like Suarez, Neymar make the cut or will it be headlined by Reus, Mane & Son? Will be interesting to see and hopefully these predictions give you a better idea.

Benjamin Lecomte – GK – OVR 82 Lecomte looking set for an IF after an impressive shift in, earning a 8 from L’Equipe and 4 saves plus a clean sheet into the bargain, as a result done enough surely to get in only negative is was a 0-0 draw.

Thiago Silva – CB – OVR 87 PSG grinded out an important win against Lyon with Thiago Silva in particular standing out with an 8 on L’Equipe, while others in the team played well the clean sheet on top should help him get in.

Willi Orban – CB – OVR 81 Orban played an impressive part in Leipzig’s 3-0 win, bagging a goal, 2 on Kicker and a clean sheet too.

Aaron Cresswell – LB – OVR 76 Cresswell got himself a goal, and a clean sheet in West Ham’s victory over Manchester United as a result sealing himself possibly an IF.

Phillipe Coutinho – CAM – OVR 86 Coutinho was impressive in Bayern’s victory over Koln, with 1G/1A goals and a 2 from Kicker due to this an IF looks set but the only problem is Kimmich has a strong shout too with 2 assists from CDM & Lewandowski for 2 goals, but Coutinho seems the best shout and a position change too.

Marcelo Brozovic – CDM – OVR 81 Brozovic was impressive in Inter’s 2-0 win over Milan in the Milan derby with him bagging a goal and 7 on Gazzetta, while Lukaku did the same we’ve given the nod to Brozovic.

Kevin De Bruyne  – CAM – OVR 91 Manchester City ran riot scoring 8 past Watford, with plenty players standing out, 1 being De Bruyne with 1 goal and 2 assists, he is likely to be the 1st of 2 to make the cut we’d imagine for TOTW2.

Viktor Tsygankov – RM – OVR 79 Tsygankov was impressive for Dynamo Kyiv with 1 goal and 2 assists in their 5-0 win, as a result looking set for an IF.

Bernardo Silva – LW – OVR 87 Bernardo Silva is the 2nd player from Manchester City to feature after his hat-trick in the 8-0 win, he played LW in this game so expect a position change too.

Willian Jose – ST – OVR 82 Jose ran the show for Sociedad as they continue to be impressive in La Liga, he got 2 goals and 3 from Marca and deserves a spot in the TOTW.

Francesco Caputo  – LW – OVR 75 Caputo put an impressive display for Sassuolo with 2 goals and 7.5 from Gazzetta, as a result doing enough to get in the TOTW.

Ruben Blanco  – GK – OVR 76 The Celta Vigo goalkeeper made 5 saves and kept a clean sheet against Atletico earning a 3 from Marca too, while may have finished a draw, we feel he’s done enough to get in.

Carlos Eduardo  – LM – OVR 77 Carlos Eduardo scored twice in Al-Hilal’s 3-1 win in their derby match against Al-Ittihad, as a result feel he’s done enough to merit a spot, only negative is the position change from CAM to LM.

Nikola Vlasic – CM – OVR 76 Vlasic played a key part in the 3-2 win for CSKA, while the Russian League is tough to tell these days with IFs he should get into the TOTW despite this.

Marcus Thuram  – ST – OVR 75 The French forward came off the bench to bag 2 goals and a spot in the Kicker TOTW, as a result for this looks set for an IF with a position change too at ST from LM.

Chris Wood -ST – OVR 77 Chris Wood bagged 2 goals for Burnley against Norwich as a result deserves his spot in the TOTW.

Amine Harit – CAM- OVR 76 Harit missed out last week but does not deserve to this week after 1 goal, 1 assist and a 1.5 from Kicker, should get in this week.

Ismael Sosa – ST – OVR 73 The Club Leon forward scored a hat-trick in his team’s 4-2 win, as a result doing enough for a spot in the TOTW.

Casimir Ninga – LM – OVR 73 The Angers winger came off the bench to score a Hat-trick in his side’s 4-1 over St Etienne as a result bagging an IF as a result.

Chey Dunkley – CB- OVR 70 Dunkley scored twice & kept a clean sheet at CB for Wigan in their win over Charlton, doing enough we’d imagine to get in the TOTW.

Marcel Hartel – CM – OVR 69 Hartel joins the hat-trick club with his performance for his team, which should do enough to be part of the upcoming TOTW but it’s a hat-trick of assists so may go against but as he played CM should help him out.

Mauro Junior – CAM- OVR 69 The Heracles mid scored twice in a 3-2 win against Twente bagging a 7.5 from VI too for his efforts, while he did not bag POTW in the Eredivisie he has hopefully done enough to earn a spot.

Tarique Fosu- CAM – OVR 69 Rounding off the TOTW Fosu ran riot against Lincoln bagging a hat-trick and joins the TOTW as a result.