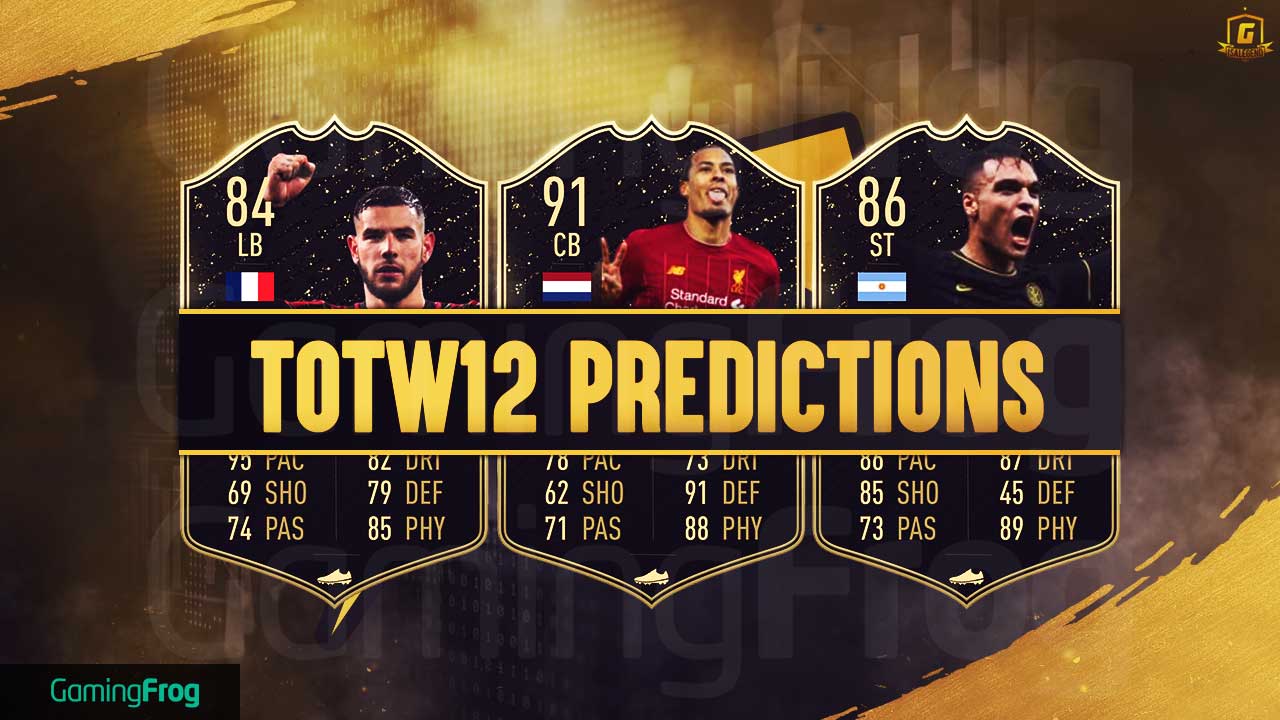 A great scoring week with 18 to keep the form going strong. The big question is after a few good TOTWs could we back to earth with a bump?

Marc Andre Ter-Stegen – GK – OVR 90 Ter Stegen looking set for an IF after an impressive shift in, with 3 saves plus a clean sheet, 3 from Marca and with a standout GK required he may get the nod but hopefully done enough surely to get in due to importance of the game between Atletico and Barcelona.

Theo Hernandez – LB – OVR 76 Milan dug deep with a 1-0 win and Hernandez bagging 1 goal, 6.5 from Gazzetta which is a little low and a clean sheet  which we feel he’s done enough to get in to merit a SIF.

Aaron Cresswell – LB – OVR 75 West Ham bagged a big win against Chelsea and Cresswell bagged the only goal in the game which should do enough to bag his spot in the TOTW with a SIF.

Renato Augusto – CM – OVR 81 Augusto got 1 goal and 2 assists to potentially sealing his spot in the TOTW.

Martin Odegaard  – CM – OVR 78 Odegaard was impressive with 1 goal, 1 assist and a 3 from Marca and looks set for an IF at last which should do enough to seal his spot.

Viktor Fischer – RM – OVR 78 Fischer was the difference maker in the big game in Denmark with 2 goals which sealed the victory for Copenhagen against Brondby, due to the nature of the game & Fischer’s rating feel he’s done enough to get in.

Milot Rashica – LW – OVR 79 Rashica got 2 goals and a 1.5 from Kicker which should see his place sealed in this TOTW.

Lautaro Martinez -ST – OVR 81 Martinez ran the show as he got 2 Goals, 7.5 from Gazzetta and becoming more usable in FIFA by the week due to these performances.

Lukas Hradecky  – GK – OVR 83 Hradecky looking set for a SIF after an impressive shift in, with 10 saves and 1.5 on Kicker, especially as the victory was against Bayern Munich, we would have considered Bailey but due to his moments card we feel Hradecky is more likely as a result done enough surely to get in.

Gael Clichy  – LB – OVR 77 Clichy was impressive with 1 goal, 1 assist and a clean sheet in his team’s victory, as a result looking set for an IF.

Mario Pasalic – CM – OVR 77 Pasalic looks set for an IF after 2 goals and an 8 from Kicker giving Atalanta more IFs by the week.

Diego Carlos – CB – OVR 79 The Sevilla defender was impressive with a goal and clean sheet in his team’s victory, Vaclik also impressive in the game but Carlos gets the nod for us.

Dorlan Pabon – RW – OVR 76 The winger bagged himself 2 goals and 1 assist to seal his team’s spot in the next stage of the Liga MX playoffs.

Breel Embolo – ST – OVR 76 Embolo was impressive with 2 goals, 1 assist and 1 from Kicker to earn POTW which should do enough to seal his spot.

Djalma – LM – OVR 73 Djalma joins the hat-trick club with his performance plus an assist on top to seal the difference and his spot.

Carlos Vinicus – ST- OVR 72 Vinicus joins the hat-trick club with his performance plus an assist on top to seal the difference and his spot.

Noa Lang – RW- OVR 68 Lang joins the hat-trick club with his performance to seal the difference and his spot.

Christoph Monschein – ST – OVR 68 Monschein joins the hat-trick club with his performance which should seeing him join the TOTW.

Josh Dasilva – CM – OVR 66 Rounding off the TOTW Dasilva got a hat-trick to continue the trend of hat-tricks but he got an assist plus played CM which should help earn a spot in the TOTW.