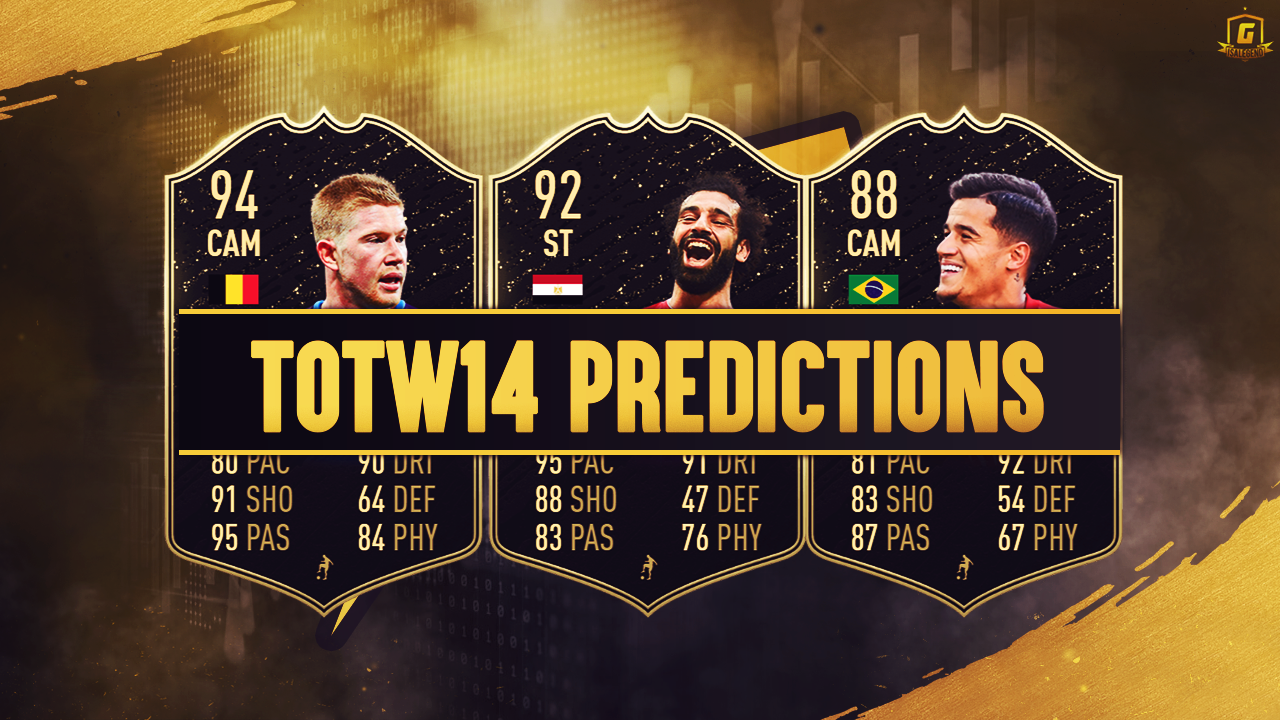 An average scoring week with 12. The big question is with how hard this TOTW was to predict, could we be in line for a good or bad TOTW ahead?

Thibaut Courtois – GK – OVR 88 GKs this week are hard to predict and this is evident of it so gone with a risk of Courtois, who made five saves in Madrid’s 1-1 draw with Valencia. MARCA awarded him three stars, which makes him stand out especially with other GKs getting lesser ratings for winning or drawing games.

Jan Vertonghen – LB – OVR 87 While Vertonghen is a TOTY Nominee just now I feel he deserves a spot especially over the last few weeks he’s shown to be a form player. He scored a last minute winner in a Spurs 2-1 win over Wolves to hopefully seal his spot.

Raul Albiol – CB – OVR 83 Not the defender he once was in terms of FIFA but deserves his spot after he scored one of Villarreal’s goals in their 2-1 win over Sevilla.

Kieran Trippier – RB – OVR 80  Trippier was impressive for Atletico with an assist and a clean sheet which could do enough to seal his spot in the TOTW.

Coutinho – LM – OVR 86 We all know that Coutinho is a very talented player, Three goals and two assists is what Coutinho had and earned the  player of the week award.

Kevin De Bruyne – CM – OVR 91 With a TOTY nominee currently in packs, this is a risky selection. The Belgian showed exactly why he is rated so highly, scoring twice and assisting another during City’s 3-0 win over Arsenal.

Pizzi – RM – OVR 84 Pizzi, has been snubbed on numerous occasions for a spot in TOTW especially with Vinicius featured in it. But this time he surely has to make the cut after scoring twice and assisting another in Benfica’s 4-0 home win over Famalicao.

Mohamed Salah – ST – OVR 90 I wanted to avoid TOTY nominees but Salah is another falling into that category and gets the eventual nod for his two goals in Liverpools victory over Watford.

Soares – ST – OVR 79 Soares ran riot with Porto scoring 2 and assisting 1 which should seal his spot.

Gervinho – LW – OVR 78  Gervinho who scored a last minute winner to help see Parma shock Napoli with a 2-1 win away from home. Gazzetta awarded him a 7.5 which could see him feature.

Dan-Axel Zagadou – CB – OVR 79 Dortmund ran away as 4-0 winners and without Zagadou scoring one of those, it speaks wonders for his performance seeing as he picked up MOTM from it. The Frenchman did pick up an assist, but it was his overall defensive display that impressed here.

Xaver Schlager – CM – OVR 76 One I dont expect many predictors to have in their side is Schlager but thats simply down to a lack of research. Schlager was MOTM and impressive for Wolfsburg while others may go elsewhere with Arnold, Casteels or Roussillon but Schlager made Kicker’s TOTW which helps.

Renato Sanches – LM – OVR 75 Renato Sanches once again he performed to a high standard he scored the winning goal for Lille in their 2-1 win over Montpellier and once again ran the show for them.

Lukas Masopust – RW – OVR 75  The Slavia winger scored once and assisted another two in their 4-0 win.

Jhon Cordoba – ST – OVR 76 The Koln ST came off the bench with s vital goal & a 2 from kicker which could easily see him sneak in.

Gautier Larsonneur- GK – OVR 73 The Brest GK was the GK of the week with an 8 from L’equipe which hopefully does enough with a number of others difficult to justify.

Youssef El Arabi – ST – OVR 77 For the second week running El Arabi has scored twice and assisted another. Olympiakos ended up winning 5-0 with a couple of options available.

Olarenwaju Kayode – ST – OVR 73 Kayode ran the show with 2 goals and 1 assist to get in TOTW.

Florian Niederlechner – ST – OVR 74 Niederlechner should benefit from the lack of hat tricks though after he picked up a perfect 1 match rating from Kicker for claiming three assists and winning a penalty in Augsburg’s 4-2 away win.

Jordan Rhodes – ST – OVR 71  He gets the nod for scoring three of Wednesdays four goals in a 4-0 away win over Nottingham.

Conor Chaplin – ST – OVR 64 Rounding off TOTW, Chaplin scored three of those and thus looks set to pick up an IF.