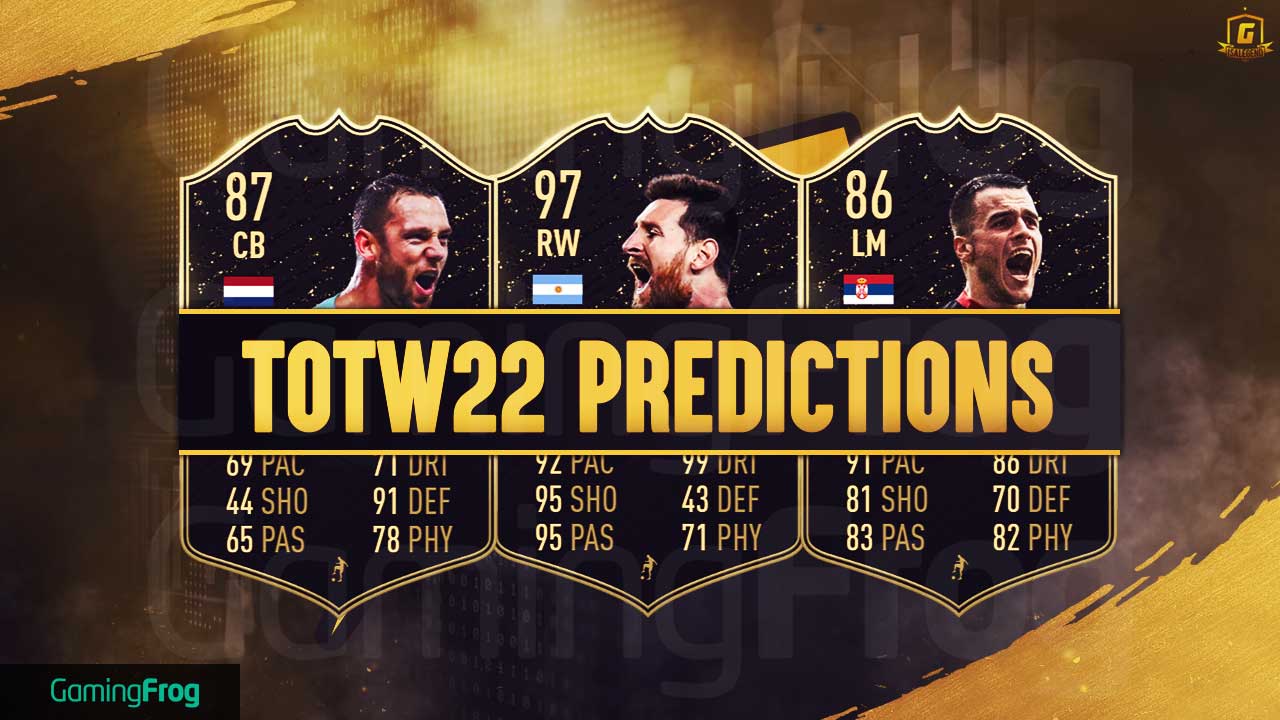 A strong scoring week with 16. Which nailed us top predictions. Can we keep this form up and hopefully continue to be consistent. Big question is which Headliners if any will feature this week.

Keylor Navas – GK – OVR 87 With two sets of fixtures being played in Ligue 1 this week there are a lot of options to select from. Navas could be about to pick up his third IF of the year made four saves and an 8/10 from L’equipe.

Stefan De Vrij – CB – OVR 84 De Vrij picked up MOTM with an impressive 8 from Gazzetta which included a goal.

Denzel Dumfries – RB – OVR 78 Dumfries scored a goal, clean sheet and got a 7.5 which may do enough to seal an IF.

Sergio Oliveira – CM – OVR 78 In a crucial game between Porto and Benfica, Oliveira scored one of those three goals and claimed MOTM with an 8.

Robin Quaison – LW – OVR 75 Quaison managed to pick up Kickers player of the week after a hat-trick three goals as a result a SIF looks set.

Isco – LW – OVR 86 With a lack of big options, we may see a few squeezed in, Isco may be 1 of these as picked up MOTM with a 3 from Marca for Real Madrid after scoring their opening goal in a 4-1 away win over Osasuna.

Kevin Volland – ST – OVR 82 One of the most exciting games of the weekend came with Leverkusen hosting Dortmund. The home side came away with a 4-3 win and with Volland scoring two of those four goals he should be in line for an IF.

Andre-Pierre Gignac – ST  – OVR 80 This one can be classed as either a CAM or CF but regardless of that I feel that under the circumstances it is an IF that will still happen. Gignac scored twice in Tigres’ 3-0 home win, which was a well needed three points after a poor start for them.

Lionel Messi – RW – OVR 94 We are going to see a lot of predictions favour Messi here for his three assists but I am going bold and going with it, the alternative is De Jong but with the TOTW lacking a standout option, this could be the option.

Alexander Schwolow – GK – OVR 78 Schwolow made a total of six saves in keep Frieburg’s clean sheet and earned GK of the week earning an IF as well we’d imagine.

Alexander Djiku – CB – OVR 77 Strasbourg look set for an IF, the question is it Lala or Djiku who gets the nod, as Djiku was impressive in both games and Lala impressive in the Sunday game, we’ve gone Djiku but only just.

Gaston Ramirez – CM – OVR 78 Looks like Ramirez is set for his annual IF after the Uruguayan scored two of their three goals in a 3-1 away win over Torino.

Luis Montes – CAM – OVR 75 Montes scored twice and assisting another making him look set for an IF.

Renato Sanches – CM – OVR 75 Sanches has been snubbed on numerous occasions for TOTW this year and this time looks set for one after he scored once in Lille’s 2-0 win and claimed an 8/10 from L’Equipe.

Richarlison – ST – OVR 79 With only 3 Premier League games and options thin, choices could be hard and we’ve opted for Richarlison for 1 goal but do not be surprised to see a SIF Calvert-Lewin for 1 goal, 1 assist.

Jorge Molina – ST – OVR 80 Molina looks set for an IF after scoring twice in an impressive 3-0 win over Valencia for Getafe.

Joao Teixeira – CM – OVR 72 Teixeira  looks set for an IF after 2 goals, 1 assist as Guimaraes ran away as 7-0 winners and thus I can’t see the match being ignored.

Musa Barrow – LM – OVR 69 There were some big upsets in the Italian league this week, one of them being Bologna winning 3-2 away at Roma. Barrow looks to be the player likely to pick up an IF from it despite only being a silver item, after he scored twice and assisted the other.

Kaveh Rezaei – ST – OVR 72 To round off the TOTW Rezaei scored three of Charleroi’s four goals in their 4-0 home win over Waregem sealing his spot.