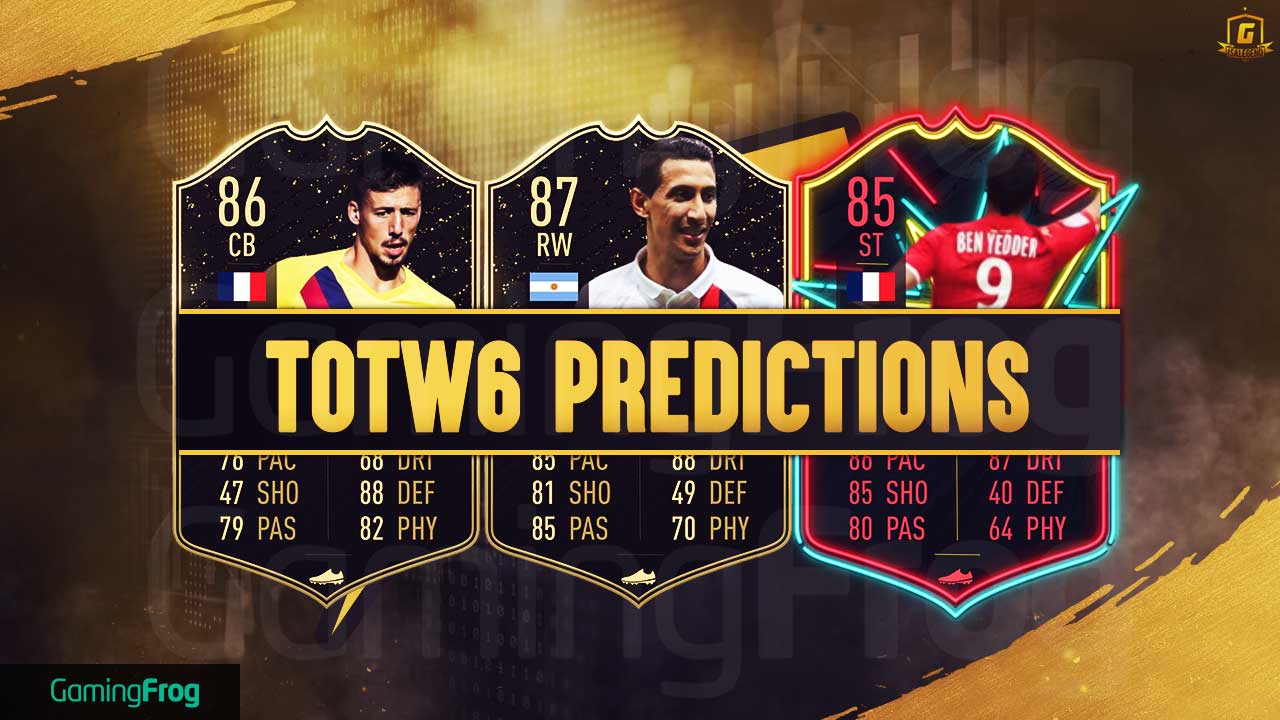 A good scoring with 16 and keeps the consistent form going, hopefully another good run ahead.

Stephane Ruffier – GK – OVR 84 Ruffier looking set for an IF after an impressive shift in, with 7 saves plus a clean sheet and an 8 from L’Equipe only problem is he’s not in the TOTW for L’Equipe and with a standout GK required he may get the nod but hopefully done enough surely to get in.

Mats Hummels – CB – OVR 87 Dortmund grinded out an important win against Monchengladbach with Hummels in particular standing out with a 2 from Kicker and the clean sheet on top should help him get in but Reus/Hazard or even Burki may get the nod ahead so be wary on this one.

Clement Lenglet  – CB – OVR 85 Lenglet played an impressive part in Barcelona’s 3-0 win, bagging an assist and a clean sheet, and a 3 from Marca with lack of stand-out defenders he deserves a spot.

Marcos Alonso- LB – OVR 81 Alonso  got himself a goal  in Chelsea’s victory as a result sealing himself possibly an IF only concern is was he was not MOTM which could against.

Taison – CAM – OVR 82 Taison was impressive with 2 goals, sealing his spot in the TOTW.

David Silva – CAM – OVR 88 Silva scored one goal and MOTM which could seal a spot in the TOTW.

Angel Di Maria  – RW – OVR 86 PSG ran riot against Nice with Di Maria scoring 2 goals and an 8 from L’Equipe should see him in.

Jack Grealish – LW – OVR 77 Grealish was impressive for Villa with 1 goal and 1 assist, as a result looking set for an IF.

Wissam Ben Yedder – ST – OVR 83 All a matter of time before bagged an IF, he got 2 goals and an 8 from L’Equipe which should see his place sealed.

Angel – ST – OVR 79 Angel ran the show for Getafe as he got 2 Goals, 3 from Marca and POTW, which should do enough to see him get in.

Lautaro Martinez -ST – OVR 81 Martinez ran the show for Inter as he got 2 Goals, 8 from Gazzetta which should do enough to see him get in.

Alfred Gomis  – GK – OVR 75 Gomis looking set for an IF after an impressive shift in, with 10 saves and a clean sheet, GK of the Week and 8 from L’Equipe , as a result done enough surely to get in.

Boubacar Kamara – CB- OVR 75 Kamara was impressive for Marseille with 1 goal, clean sheet and 7 from L’Equipe, as a result looking set for an IF.

Lago Junior – LM – OVR 75 Junior scored the winning goal and got a 3 from Marca in Mallorca’s 1-0 win over Real Madrid potentially sealing his spot.

Ihlas Bebou – RW – OVR 77 The Hoffenheim winger scored 1 goal and 1 assist against Schalke plus a 1.5 from Kicker doing enough to seal his spot.

Andreas Cornelius  – ST – OVR 74 Cornelius is part of the vast hat-trick club this week with 3 goals for Parma plus an 8 from Gazzetta doing enough to seal his spot.

Frederik Ronnow – GK – OVR 74 3 Goalkeepers are rare but when 1 is a silver who got POTW it is hard to ignore he made 10 saves and kept a clean sheet for Frankfurt, plus a 1 from Kicker.

Daniel Candeias – CM – OVR 73 The Portugal player played his part in 5 goals with 3 goals and 2 assists sealing his spot.

Mislav Orsic – LM- OVR 73 Orsic joins the hat-trick club with his performance which should seeing him join the TOTW.

Paddy Madden – ST – OVR 65 Rounding off the TOTW Madden got a hat-trick to continue the trend of forwards with a hat-trick and an assist to help his cause earn a spot in the TOTW.