Abusing the META vs Playing proper football: A debate that shouldn’t exist on FIFA 20 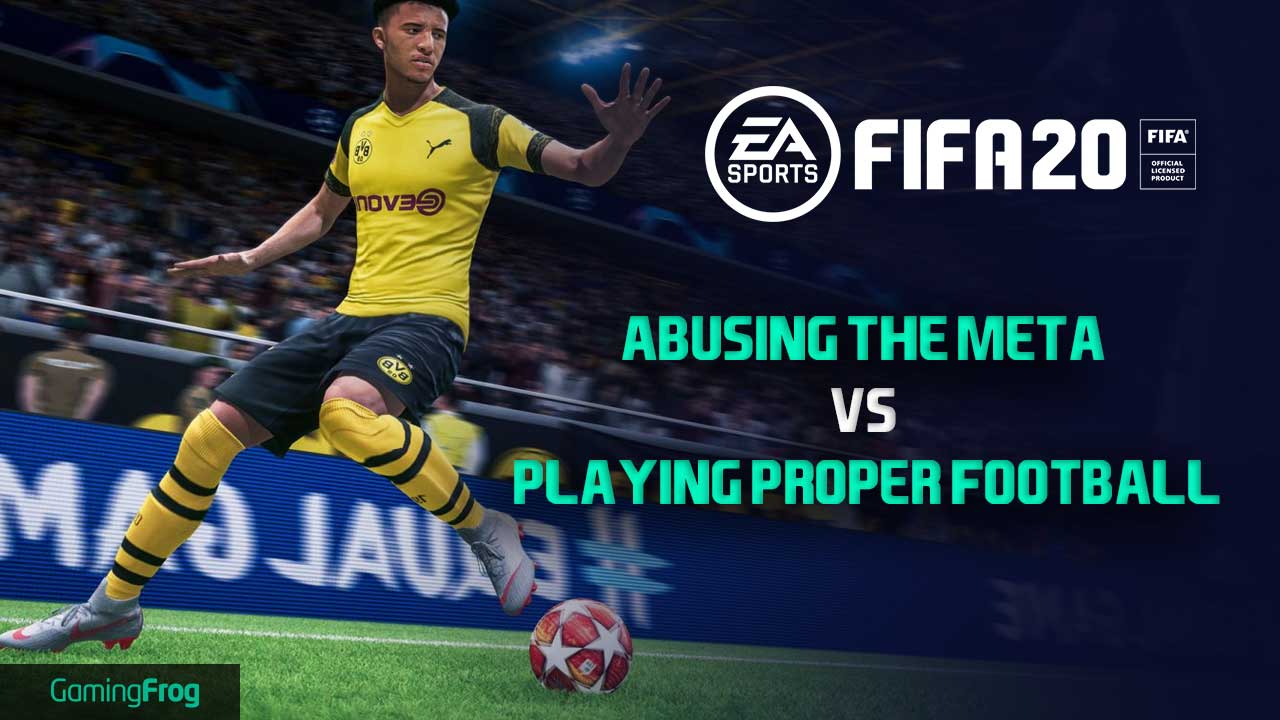 FIFA 19 has arguably been the most problematic iteration of FIFA till date. Players have had to deal with server problems and faulty game mechanics, both of which have contributed to a less than enjoyable gaming experience for FIFAs hardcore players as well as a large chunk of the game’s casual fan base.

FIFA 19s faulty game mechanics, have perhaps, in the grand scheme of things contributed the most to the game’s current state having created somewhat of a divide within the FIFA community between players who find joy in abusing the game’s arcadey mechanics and those who prefer to emulate real life football by making deliberate attempts to break down their opponent’s defensive set-up with well thought-out plays.

Whilst everybody should be able to play the game the way they want to, utilizing whatever style of play they deem fit; in an ideal FIFA title, no look finesse shots from distance, El Tornado crosses and a million La Croquetas in quick succession should not be a thing. Sadly, the game’s current mechanics encourage the abuse of the aforementioned exploits, whilst discouraging players from trying to unlock their opponent’s defence due to how prominent RNG is whilst transitioning from your defensive third to your attacking third.

It’s quite common to make what could’ve been a decisive pass, only for your player to take an awful touch which, in turn, allows your opponent to retrieve the ball. A lot of the time, even after making your way into your opponent’s 18-yard-area, it’s quite easy for your build-up play to go unrewarded thanks to the game’s inconsistent finishing mechanic, because of this, it is not uncommon for a highly skilled player to lose to a player below his skill level. In contrast, passing / shooting assists plays a huge role on why this has arguably been the most problematic iteration of FIFA, more specifically helping players that take bad decisions (closing the skill gap),  Italian Stallion has proof of this:

In the game’s current state, it is far more rewarding to run down the flanks with a 5 star skiller and perform an El tornado cross which should not be the case in a highly competitive game. The main reason the clash of FIFA ideologies even exists is because the game allows it to. If the game play mechanics were crisp and balanced, then FIFA 19s META would not be game-breaking. Instead, it would be complementary – in a similar vein as FIFA 18 where driven shots were the META and the skill gap was decent enough to ensure that a highly skilled player almost always secured the win against a player of a lower skill level without much hassle.

The skill gap should lie in a player’s ability to create clear-cut goal scoring opportunities not the amount of el tornado crosses a player can spam – but the game’s finishing mechanics need to be incredibly consistent for this to be the case. In the recently concluded FIFA 19 Esports scene, FIFA pros, understandably had to utilize the game’s exploits to the fullest, but a large number of pros were quite vocal of their hate for the game’s mechanics throughout the competitive season and are hopeful that FIFA 20 will facilitate a more football-based style of play.

Lest we forget, though, FIFA is a video game, a highly competitive one, but a video game with an insanely large casual fan base nonetheless, hence it cannot be completely realistic. There should be some fun, (not game breaking) exploits in the game as a FIFA title devoid of fun mechanics would not sit well with the game’s player base. A FIFA title without some sort of fun META would be far too realistic and thus would grow stale and repetitive for a lot of players pretty quickly.

Going into FIFA 20, EA must find the right balance between realism and fiction. The FIFA community needs a skill-based game that rewards a football-based style of play but also facilitates the use of exploits to a certain extent in a bid to cater for the entirety of the FIFA player base.