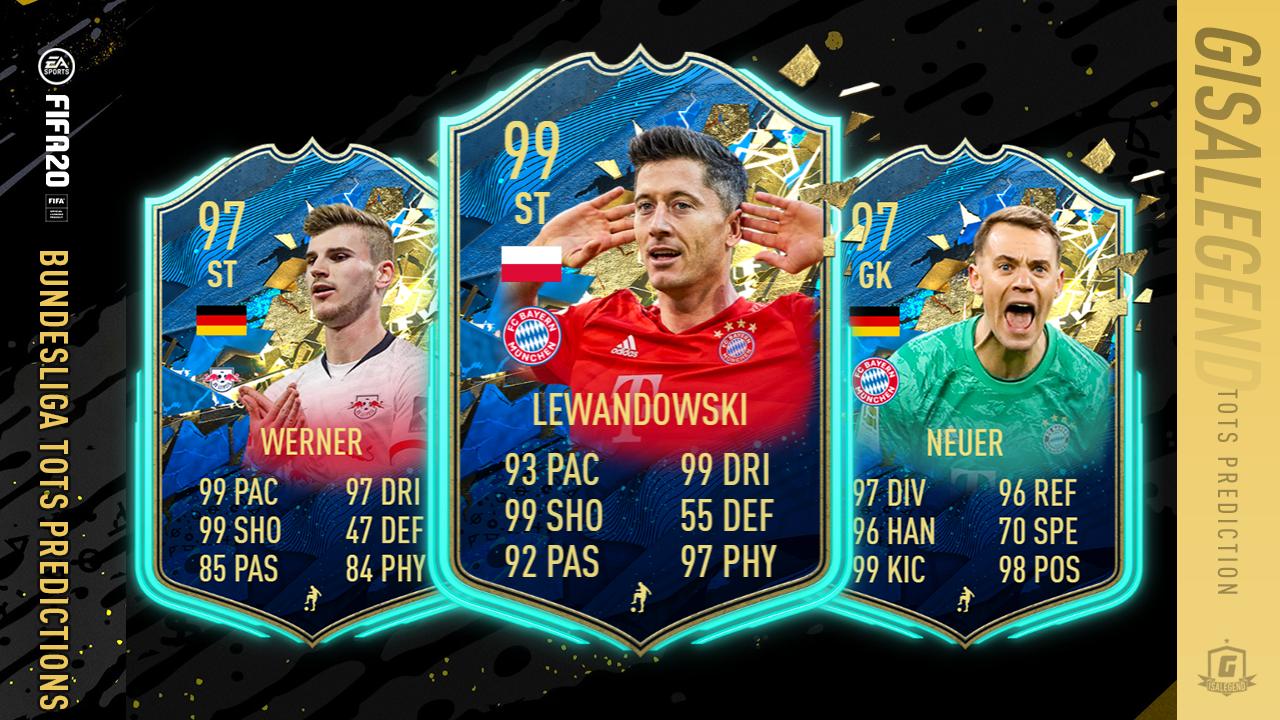 The Bundesliga TOTS Predictions, with a number of the big names from the league likely, who else has stood out this season to merit a TOTS?

Manuel Neuer – GK – OVR 88 After a couple of seasons missing out on TOTS, partly due to injury, Neuer is back to the form of old. The German shot stopper was crucial once again for Munich this season, proving why he’s one of the best.

Alphonso Davies – LB – OVR 72 The young Canadian has been given ample game time at LB at Bayern and made it his own, as a result looks set for a TOTS Card.

Mats Hummels – CB – OVR 87 Hummels returned to Dortmund and been the defensive glue they have needed at times. As a result this TOTS Card comes as no surprise especially with his performances this season.

David Alaba – CB – OVR 85 Due to injuries and so forth, Alaba has been moved into CB, which is a little old with him commonly in midfield for Austria and LB for Bayern, however he’s made CB his own too and with injuries to Sule/Boateng may be hard to dislodge him for time being.

Achraf Hakimi – RWB – OVR 82 Hakimi has shown his class this season as shown by a healthy upgrade earlier in the year but despite numerous impressive performances has not bagged as many special cards as maybe expected, however this TOTS card could be insane at RB.

Jadon Sancho – RM – OVR 84 Sancho continues to go from strength to strength, with his performances and stats of 14 goals and 15 assists from 23 appearances. While position is only concern due to his IFs & POTM alike, we still feel he’ll be at RM.

Joshua Kimmich – CDM – OVR 86 Kimmich is seemingly following the footsteps of his predecessor in Lahm, he’s also showing his ability to play RB when required, but also CDM when needed, his performances are consistent and regardless of position this card could be insane.

Kai Havertz – CAM- OVR 84 Leverkusen have played well despite losing Brandt last season, Havertz has still stepped up, not to last season’s standards, but strong enough to merit a spot at least. While other mids may deserve the spot, the fan vote element if implemented as usual, then Havertz would get in.

Serge Gnabry – LM – OVR 84 Like Sancho he’s gone from strength to strength at Bayern and with 11 goals and 9 assists in the league, this TOTS Card is deserved.

Robert Lewandowski – ST – OVR 89 Lewandowski continues to show why he’s 1 of the best strikers in the world, with his goal record and plethora of special cards, as a result this TOTS Card could genuinely be the level of if he had a TOTY Card.

Timo Werner – ST – OVR 86 Scoring 21 goals and providing 7 assists for them, impressive all round figures for Werner and with another TOTS Card inbound for him.

Peter Gulacsi – GK – OVR 85 When look at other goalkeepers in the league who stand out, the Bundesliga is littered with them, as Hradecky, Sommer, Burki all do their bit for their teams but decided on Gulacsi for the 2nd spot. As he’s only conceded 26 goals in 25 games it is tough to ignore especially with Leipzig’s league position too.

Dayot Upamecano – CB – OVR 77 Leipzig as a whole have been consistent all over, Upamecano been key to that at the back to this, while Klostermann/Halstenberg both shouts too, we’ve opted for Upamecano.

Christopher Nkunku – CM – OVR 77 This one is pretty academic, Nkunku has been all over the place this year and somehow only has 1 IF for his performances, regardless this TOTS is deserved. As he’s got 12 assists for Leipzig this season.

Marcel Sabitzer – CAM – OVR 81 Sabitzer’s performances have found another level this season and as a result a TOTS seems set for him.

Filip Kostic – LM – OVR 82 Despite Frankfurt having a wobble in the season, Kostic has been key to their season regardless and another TOTS looks set for him.

Thomas Muller – CAM – OVR 86 Muller continues to be consistent for Bayern and with 6 goals and 16 assists this season, it is hard to ignore him.

Robin Quaison – ST – OVR 75 Quaison’s goals have been a big reason for Mainz doing enough to potentially stay up, with 12 this season. While he’s played LM at times this season we feel ST is most likely.

Yann Sommer – GK – OVR 84 Sommer continues to show his consistency for Monchengladbach and deserves his spot as said earlier about the standout GKs in the Bundesliga, Sommer gets in over some tough competition.

Ozan Kabak- CB – OVR 74 With a Future Stars card already and with how impressive he’s been this season, this TOTS Card could prove to be quite impressive.

Matthias Ginter – CB – OVR 81 Ginter’s defensive contributions are hard to ignore and while other defenders may sneak in over him, Ginter is tough to ignore due to his performances this season.

Suat Serdar – CM – OVR 75 While may not be the most appealing card, due to rating & likely overall boost, he deserves a spot for his contributions as Schalke rebound from last season and challenged for European spots with Serdar key to that from midfield.

Alessane Plea – ST – OVR 81 Rounding off the Bundesliga squad, Plea looks a strong shout thanks in part to his early season form as shown by a Headliners card but also his return too. 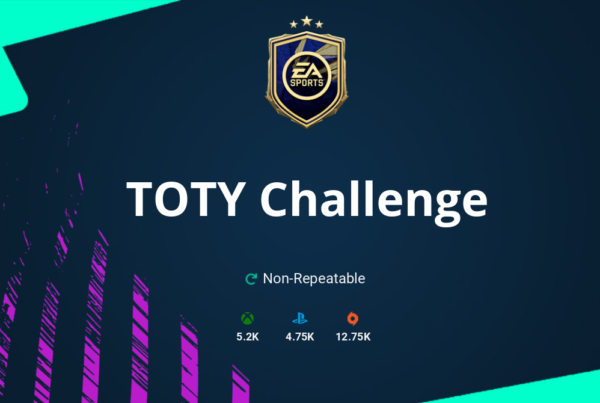