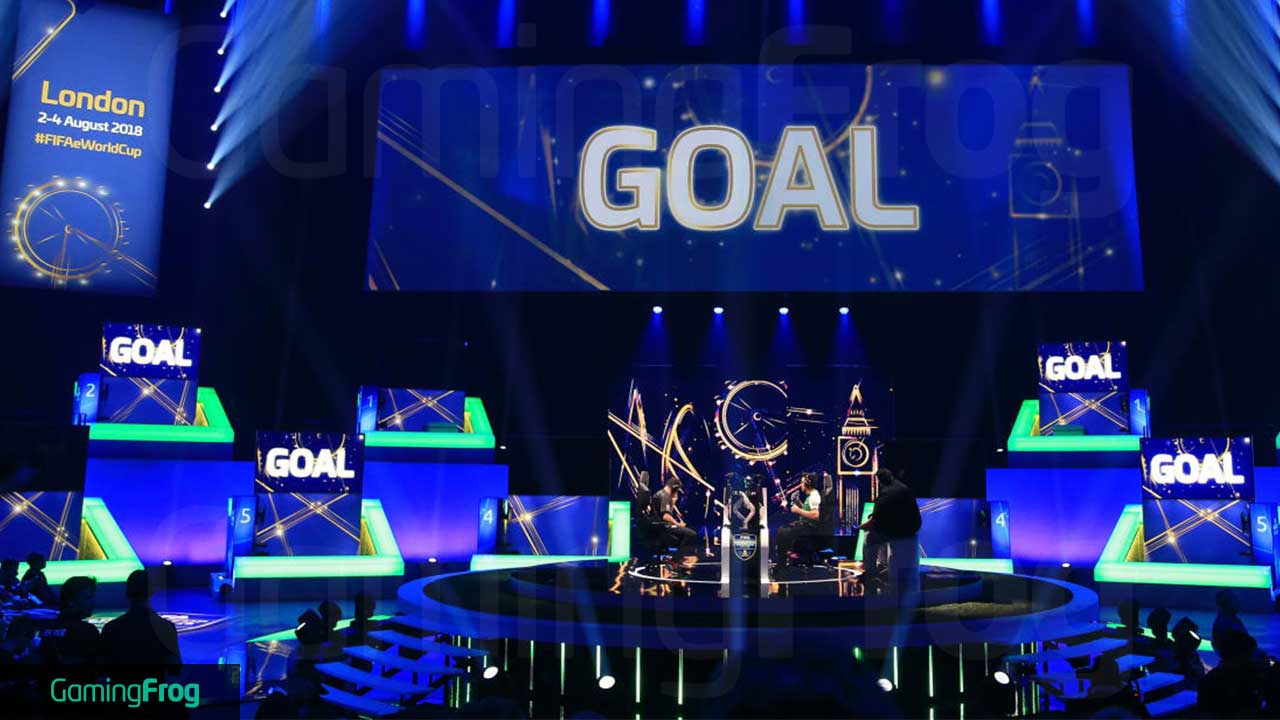 The FIFA Global Series Playoffs was by far the most exciting event throughout the course of the FIFA 19 competitive season. Not because of the goals or sheer skill on display, but because of the stories, rivalries and all-round hype surrounding the competition. The Playoffs was a high stakes event where quite a number of players needed to ‘do the impossible’ to secure qualification to the FEWC, the grand finale of the FIFA 19 competitive season.

One of such players was Kurt who missed out on nearly all the FIFA 19 tournaments having been, perhaps undeservedly, issued a three month ban by EA Sports at the start of the FIFA 19 competitive season. The fact that he had been absent from most of the tournaments, not because he failed to qualify for them, but because he was ineligible due to an extremely questionable ban served as a major plot at the competition. This allowed Kurt to single-handedly rake in tens of thousands of viewers for the event because the FIFA community understood what he was fighting for each time he progressed past a round in the tournament. They knew his story. They knew his unique football-based style of play; they knew his philosophy and they secretly hoped that he would go all the way and win the competition to get his ‘Justice’.

It wasn’t until Kurt got matched up against F2Tekkz in the Quarter-Finals of the Xbox Playoffs, though, that the FIFA community truly realized how big the scene can potentially be when two players with loyal fanbases clash. Kurt v Tekkz; two Juggernauts of the game. Tekkz might have been way ahead of Kurt in terms of Global Leaderboard points, but Kurt’s fame and ability were so much that F2tekkz was visibly nervous about playing him. It was the type of match-up where most viewers had someone they were rooting for. It felt like a final. Twitter was going crazy in the build-up to the match. Viewers were tweeting about every pass, every goal and every well-thought-out piece of play. That was competitive FIFA at its best.

If at the very least, 5 out of 10 of competitive FIFA games could be that interesting to watch and follow, then the competitive scene would undoubtedly experience exponential growth; EA Sports wouldn’t need to entice people to watch the events with pack and FUT item rewards, people would be in the twitch streams because they want to; because they enjoy competitive FIFA.

What made that particular match-up so interesting to watch and follow?

It was the fact that two pros, both of whom have endeared themselves to the FIFA community in one way or another were going toe-to-toe in a high stakes encounter.

The problem with FIFA Esports at the moment comes down to the fact that most competitive ties don’t have a story behind them. On paper they just look like ‘random pro vs random pro’. The FIFA scene doesn’t really give players a chance to develop their own unique personalities and garner their own fans. There are only a handful of pro players on the FIFA scene who have some sort of hype or story behind them which is why FIFA fans tend to call the competitive events ‘boring’ and ‘robotic’.

Going into FIFA 20, EA needs to give pro players the freedom to be their own person and develop their own unique personalities in a bid to build their respective fan bases. Individual fan bases will play a major role in growing the FIFA competitive scene. Right now, the likes of Kurt, Nicolas, Tekkz, Megabit and MS Dossary are pretty much the only pros who command their own army of viewers.

A lot of pro players aren’t able to make a name for themselves due to the fear of sanctions from EA Sports, thus; when they stream their gameplay they only talk about mundane things and are never really able to establish some kind of connection with their viewers. A more story-based approach to the FIFA 20 competitive season would go a long way towards increasing the all-round interest in competitive FIFA.

There are millions of FIFA players around the world yet you’ll struggle to find more than 50k viewers in the Twitch live stream (for a major event), and even then, most of those viewers aren’t actively watching the tournaments; they just leave Twitch open on a different tab because of EAs Twitch drops.

The FIFA competitive scene has so much potential. It’s literally an Esport centered on THE biggest sport in the world. EA just have to market it well enough to increase its viewership and all-round fan base. FIFA 20 could be a breakthrough year for the Esports scene. EA Sports and the FIFA pros just have to work together to make that breakthrough happen.