How inform upgrades work in FIFA 22

By Juan DuqueSeptember 21, 2021No Comments 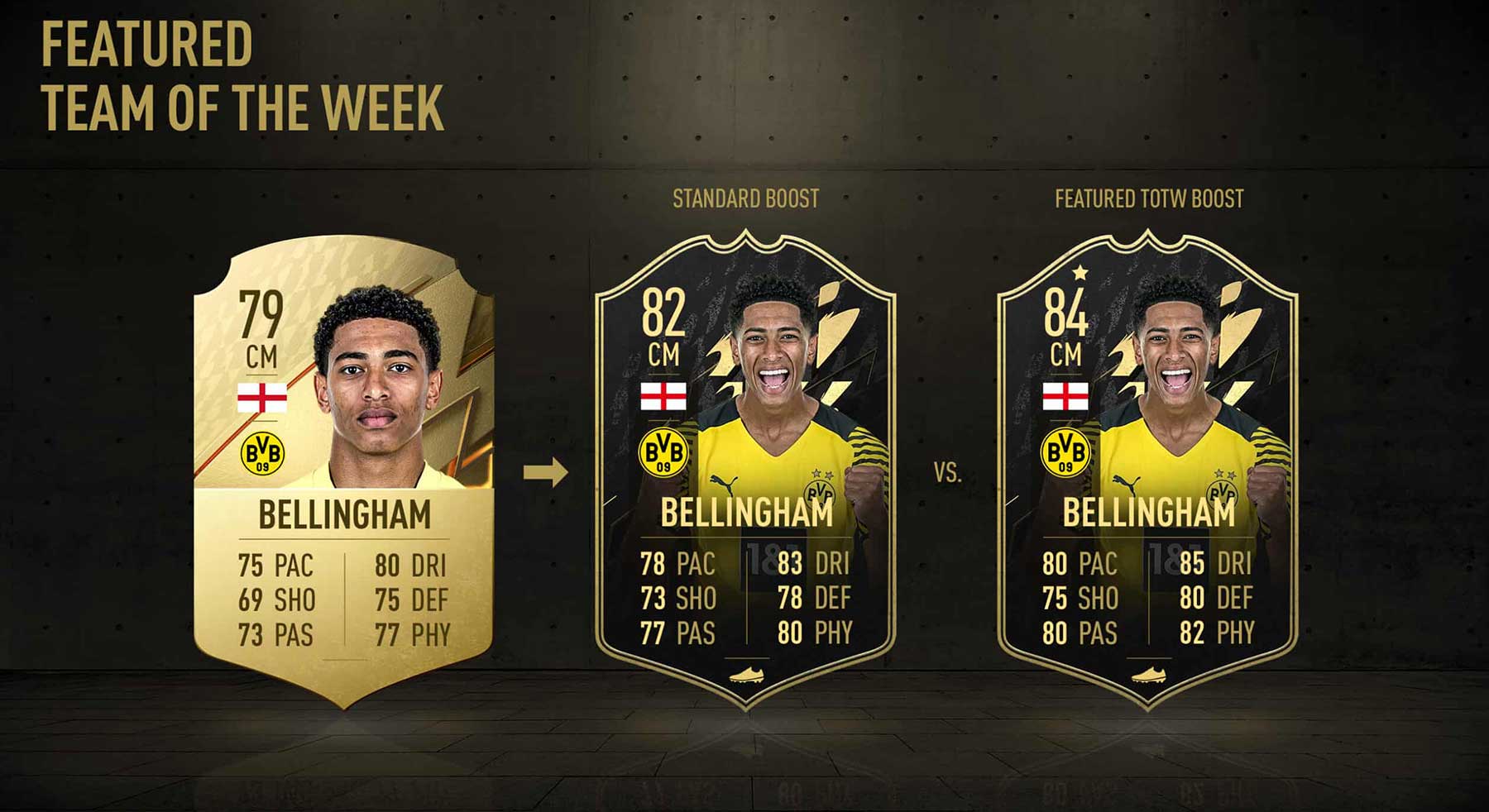 With FIFA 22’s release, EA announced a major update on how inform upgrades work. During FIFA 21, TOTW was loosing it’s appeal while the season progressed, due to higher rated cards being released almost every week. Because of this EA announced Featured Team Of The Week Items, instead of receiving a standard boost, the selected item gets a double inform boost. According to the latest pitch notes, only one player will be selected every TOTW. In addition, to be eligible for a Featured TOTW Item, a player’s highest rated Base or Performance-Based Item must be rated 80 or below and they must not have an active Live Item (Eg. Ones To Watch).

Here is a quick explanation of how FIFA 22 Inform upgrades work.

EA works with a table of ranges for upgrades, here it is:

Here is more detailed view of all ratings and it’s upgrades:

Detailed list of rating upgrades for Featured Team Of The Week Items: