By Juan DuqueJanuary 3, 2020No Comments 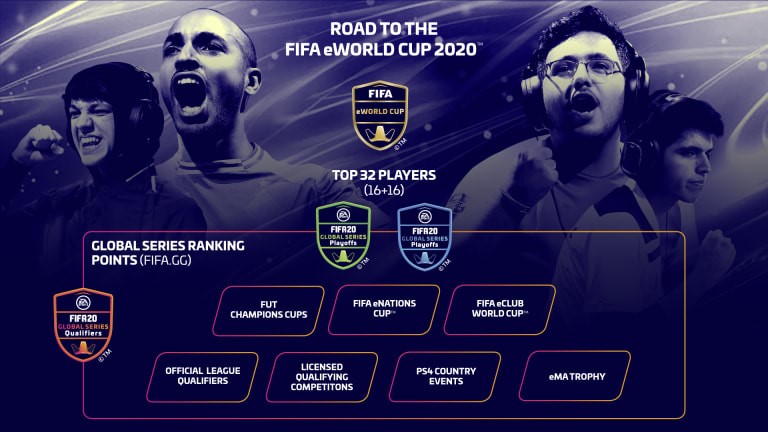 A new year is underway and millions of gamers are preparing to battle for a coveted spot at the FIFA eWorld Cup 2020. The road to the tournament begins this month and players have a number of opportunities to gain points and secure qualifications. A busy FIFA 20 Global Series culminates at the O2 Arena in London, where an overall champion will be crowned. Whoever succeeds can expect to be catapulted to superstardom and the competition will be absolutely ferocious, so FIFA fans can look forward to a great deal of exciting action this year.
Local events begin this month and they offer anything from 30 to 850 points, while the majors offer players up to 2,000 points. The final chance to seize a place at the FIFA eWorld Cup comes at the playoffs in June and then the very best players head to London to battle for glory. More than 20 million people have entered the qualifying process in recent years, so it is fiendishly difficult to succeed, but a few legendary players will approach 2020 full of confidence in their ability to succeed.

Mosaad “Msdossary” Aldossary surged to victory in the Xbox competition in 2018 and then vanquished PS4 champion, Stefano Pinna, in the big cross-console final. He was then a guest of honor at the FIFA Best awards, where he mingled with the likes of Luka Modric and Cristiano Ronaldo. Msdossary won the Xbox competition again in 2019 and he was the favorite to be crowned overall champion once again at the top esports bookmakers, for the next tournament dont forget to read the basics on Esports betting. 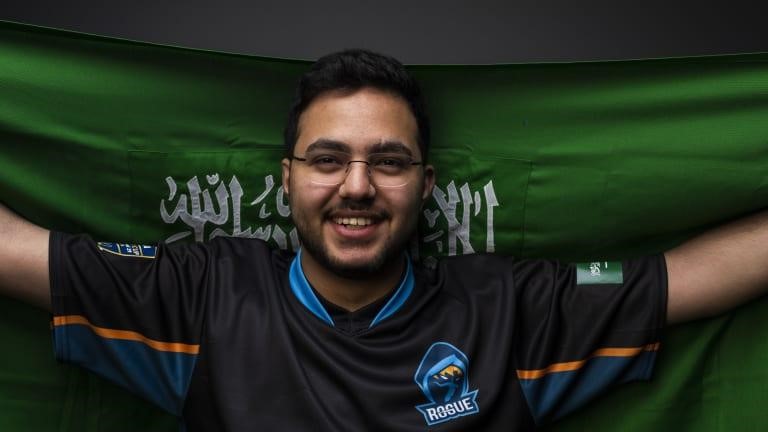 The Xbox One winner had prevailed during the previous three tournaments and Msdossary was expected to continue that trend. However, he met his match in PS4 winner Mohammed “MoAuba” Harkous, who held Msdossary to a 1-1 draw on the Xbox One and then beat him 2-1 on the PS4. Crystal Palace’s Wilfried Zaha was on hand to present the trophy to MoAuba, with other football stars such as former Manchester United and Tottenham forward Dimitar Berbatov also attending the event.
“It’s crazy, I can’t believe it,” said MoAuba. “I had such a hard bracket but I beat them all.” The German took home the top prize of $250,000 for his efforts, and he will be among the favorites in 2020. Big names like F2Tekkz, nicolas99fc and Joksan will also be in the mix.

FIFA fans can look forward to a really exciting string of events before the FIFA eWorld Cup begins. Once again, six FUT Champions Cups will feature in the FIFA 20 Global Series. The eChampions League will once again return and be a PS4 exclusive tournament split into three parts in March, April and May. There are all sorts of country events, and FIFA is also bringing the eClub World Cup and eNations Cup back this year.

It has just announced that the stage has been set for the FIFA eClub World Cup 2020 after five weeks of exciting qualifiers. It ties in with the Club World Cup, which recently saw Liverpool seize by beating Flamengo in the final in Dubai. More than 190 teams competed for a spot at the FIFA eClub World Cup 2020, including a host of famous clubs from across the world along with specialist esports teams. The top 24 have now been confirmed and they will compete for the title on February 7-9, with $100,000 plus significant ranking points up for grabs.

We look back at the highlight of the year: The #FIFAeWorldCup 2019 in London 🇬🇧

Famous esports names like FaZe Clan, Fnatic, and Compexity Gaming are in the mix, plus big teams such as Man City, Roma, and Borussia Monchengladbach, who have FIFA esports teams. “With a new record of over 190 teams taking part in the extended online qualification which took place over five weeks, we are looking forward to welcoming the world’s best 24 FIFA eSports teams at the pinnacle event of team-based FIFA eSports,” said Adrian Rölli, head of efootball at FIFA. “The unique combination of 2v2 and 1v1 match-ups will once again showcase the excitement, drama and passion that FIFA eSports offers to fans and media around the world as well as crowning the first FIFA eClub World Cup champion of the new decade.”