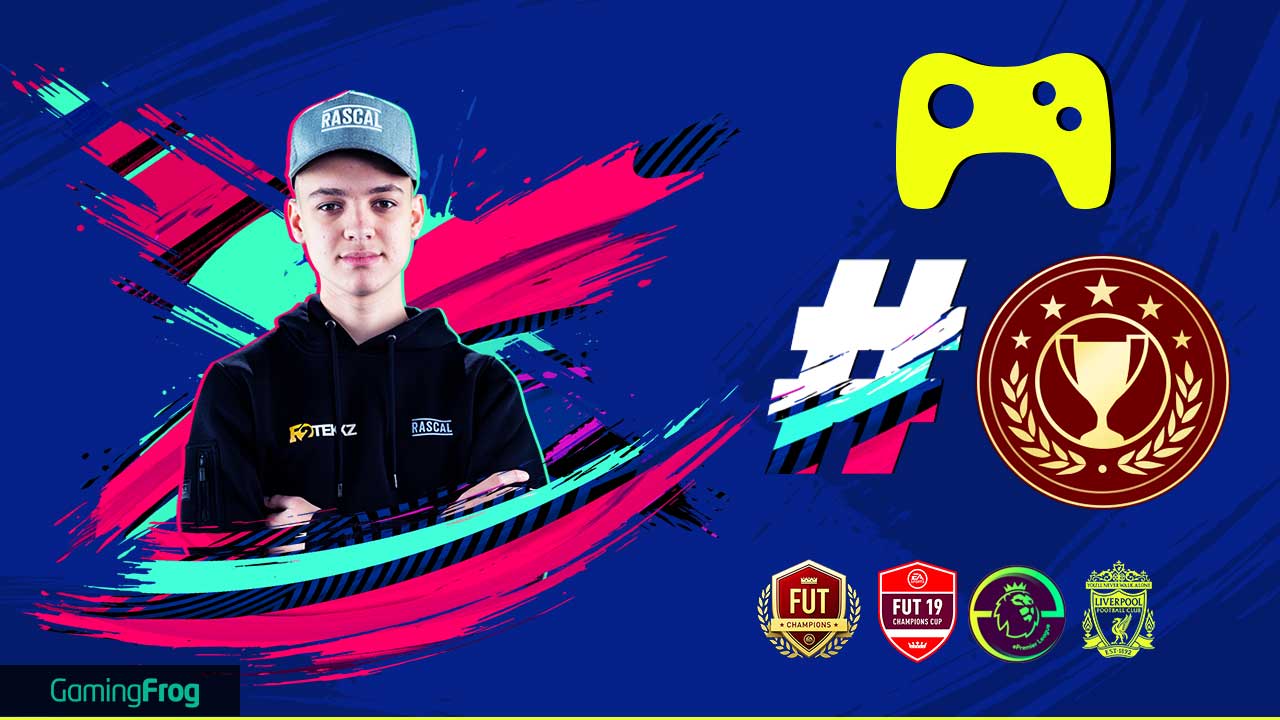 Cast your mind back to January 28, 2018, a 16-year-old going by the name of DhTekkz had just won the FUT Champions Cup in Barcelona after a superb display of invention, flair and passion in his debut Lan event.

Everybody who watched the tournament play out was going crazy over Tekkz’s win – not just because of his age, or the fact that he was unknown going into the tourney but because of his refreshing style of play which saw him utilise audacious skill moves to great effect, something pretty much no other pro player was doing at the time.

Tekkz sort of fell off the radar for the rest of the FIFA 18 competitive season after his dominant showing in Barcelona and was thus dubbed a one tournament wonder.

Fast forward to the FIFA 19 competitive season – after being snapped up by the F2, Tekkz was determined to prove himself once again and he duly did over the course of the season, picking up trophy after trophy and racking up global series points faster than anyone on the Xbox or PS4 ladder en route to the FEWC.

Such was Tekkz’s dominance that he managed to qualify for every single event that was held during the recently-concluded FIFA 19 competitive season, which in itself was an amazing feat considering the sheer amount of pro players who missed out on a handful of events due to how hard it was to consistently qualify from their respective regions. 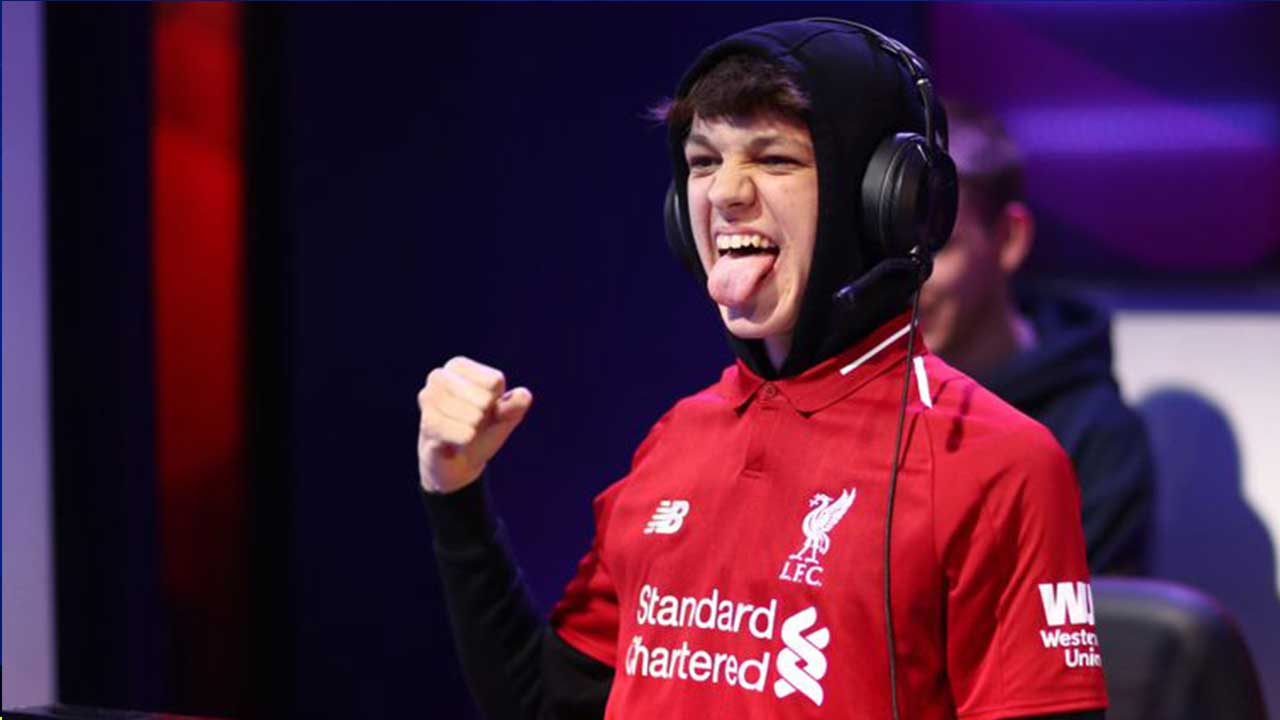 In the early stages of the competitive season, Tekkz didn’t just dictate FIFA 19’s META; he was the META.

As broken as FIFA 19 had been throughout the year, Tekkz managed to master nearly every single mechanic on the game basically allowing him to create and dictate a new META at almost every event he featured in.

And if by some miracle another pro managed to give Tekkz a run for his money or just flat out beat him with an unusual style of play at an event, that unorthodox tactic quickly became the norm, not just to pro players, but also to the millions of FIFA players around the world who follow the competitive scene closely.

Pros thought that since Tekkz was borderline unstoppable, any tactic that could make him feel uncomfortable on the virtual pitch during a two-legged tie, must be worth adopting, as evidenced by the widespread use of the 4-4-2(2) formation after DR Nightwatch’s win over Tekkz in the EChampions League.

For the entirety of the competitive season, Tekkz had a fear factor surrounding his play.

The aura around him was different from every pro on the scene, the 18-year old was even more fearsome because of his ability to launch epic comebacks.

His sheer goal scoring ability was almost scary to witness as he made a habit out of coming back from goal deficits to the point where if you were 3-0 up against Tekkz, chances were he’d still win that game – the difference in ability between him and the rest of the pro scene was just that huge.

Competitive FIFA is a game of fine margins, especially considering that every single player involved in the pro scene is literally one of the best in the world and thus, every single game played, on paper, could go either way – which is why pros rarely won back-to-back events on FIFA 17 and 18.

A new winner was almost guaranteed to be crowned at every Lan event because the skill gap was so small it was incredibly easy to succumb to defeat against another competitor.

Hence; for Tekkz to have done what he did, over the course of the season, winning a record seven tournaments and establishing an incredible skill gap between him and just about everybody else in the scene just goes to show that he was by far, the best player on FIFA 19.

At the mid-point of the competitive season, the FIFA scene was divided over Tekkz’s being dubbed the best player on the scene.

One set of people believed Tekkz had done enough to be crowned the best player of this year’s iteration of FIFA, whilst others believed he had to win the FEWC to be dubbed the best player of FIFA 19 and go down in the history books alongside the likes of Bruce Grannec and Spencer ‘Gorilla’ Ealing.

The latter narrative, in a way, suggested that any pro who managed to lift the FEWC trophy could be deemed as the best player on FIFA 19.

That would’ve been true under normal circumstances, but because of Tekkz’s dominance over the course of the season, the circumstances were anything but normal/

The entire FIFA 19 competitive season culminated at the FIFA Eworld Cup in Berlin where Werder Bremen’s Mo Aubameyang made history by becoming the first ever German competitor to lift the grand prize after securing the win in a tightly contested cross-console final against last year’s champion MS Dossary.

Tekkz crashed out of the FEWC in the group stage – probably the worst way he would’ve envisioned getting knocked out of the competition considering he went into it hoping to secure the trophy and leave no room for a debate over his status as the best FIFA player in the world.

After everything F2Tekkz achieved on FIFA 19, just one bad showing at an event is not enough to dispute his status as the best player of the FIFA 19 season, though.

He sits atop every other professional FIFA player by a mile and he doesn’t need an FEWC trophy to prove it.