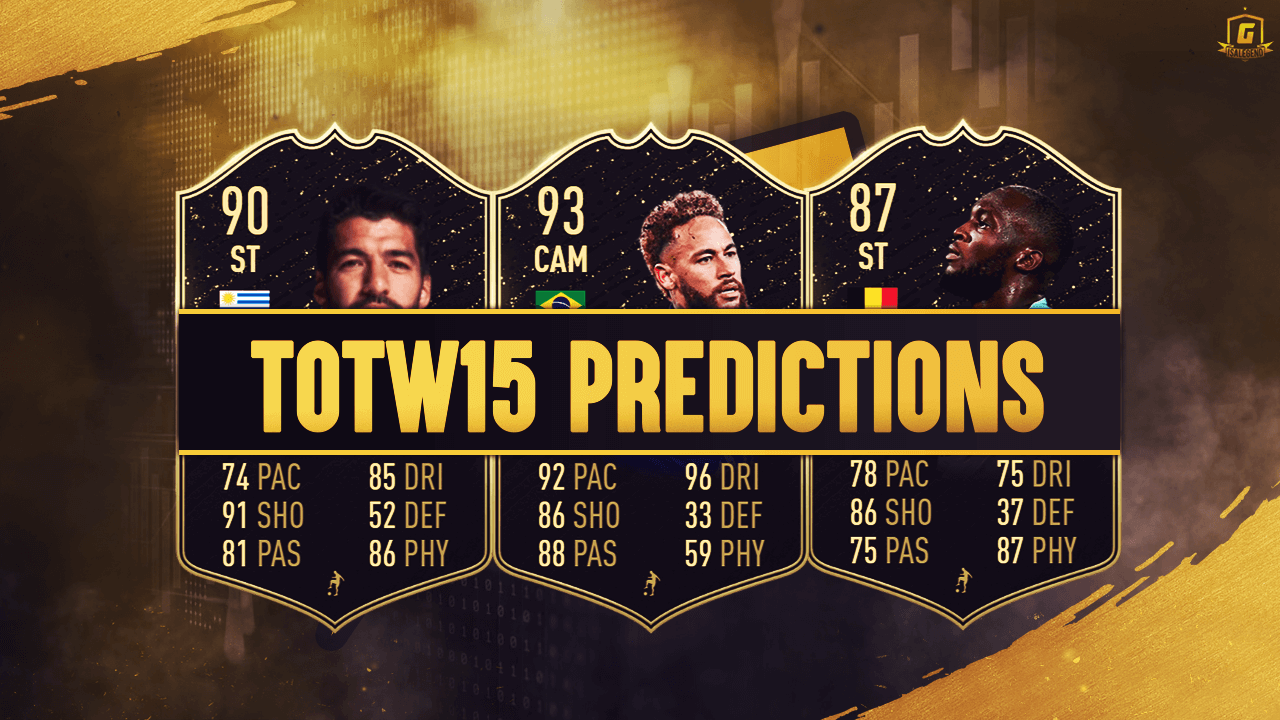 An average scoring week with 12. The big question is with how hard this TOTW was to predict, could we be in line for a good or bad TOTW ahead?

Ben Foster – GK – OVR 80 Ben Foster looks set for a SIF for his display in Watford’s shock 2-0 win over Manchester United. The English stopper made a total of eight saves to keeper his clean sheet.

Alex Sandro – LB – OVR 85 Sandro bagged 2 assists but made an error did not keep a clean sheet and as a result only earned a 6.5 from Gazzetta but despite the lack of standout defenders feel he may sneak in.

Karim Rekik – CB – OVR 78 Rekik bagged a goal, 2 on Kicker and a clean sheet in an important win for Hertha Berlin, with defenders hard to pick for he may get the nod.

Ruben Aguilar – RWB – OVR 79 Aguilar made 2 assists in Monaco’s impressive win and picked up an 8 from L’Equipe while Ben Yedder was impressive in the game too. We have opted for Aguilar.

Neymar – CAM – OVR 92 The Brazilian scored once and assisted another to claim an 8 from L’Equipe from what looks to be a CAM position.

Angel Correa – LM – OVR 82 Correa came off the bench and made the difference for Atletico with 1 goal, 1 assist and 3 from Marca, as a result feel he has done enough to earn an IF.

Willian – LW – OVR 82 Chelsea recorded a 2-0 win over Tottenham & Willian scored both those goals and looks set for an IF.

Romelu Lukaku – ST – OVR 85 Lukaku continued to shine for Inter, with 2 goals and 1 assist set for another OTW upgrade.

Josip Ilicic – ST – OVR 84 Ilicic looks set for a SIF after scoring twice and assisting another to claim an 8 on Gazzetta.

Geronimo Rulli – GK – OVR 81 Rulli was the GK of the week in Ligue 1 with 5 saves a clean sheet and a 7 from L’Equipe as a result looking set for an IF.

Malang Sarr – CB – OVR 76 Sarr scored one goal and kept a clean sheet and L’Equipe awarded him a 7 for doing so as a result doing enough to earn a spot.

Riccardo Orsolini – RM – OVR 76 Orsolini scored twice for Bologna in a 3-2 away win, claiming an 8 from Gazzetta too.

Diego Castro – CAM – OVR 76 The Veteran midfield scored 2 goals and 2 assists and sealing an IF as a result.

Martin Odegaard – CM – OVR 78 A SIF could be set for Odegaard after 1 goal and 1 assist plus a 3 from Marca in a high scoring affair for Real Soceidad which they won.

Edin Dzeko – ST – OVR 84 While other cards may get the nod ahead, 1 card we cannot discredit from potentially happening is Edin Dzeko the forward bagged 1 goal, 2 assists and a 7.5 on Gazzetta.

Danny Ings – ST – OVR 76 Ings scored 2 and with his recent form lately we feel he has a strong chance especially in this type of game in the league.

Ronny Rodelin – LM – OVR 73 Rodelin joined the hat-trick club and added an assist too from LM in Guingamp’s 5-1 away win.

Olarenwaju Kayode – ST – OVR 73 Kayode was unlucky last week as scored 2 goals and 1 assist he did the exact same this week so surely features as a definition of a form player.

Robin Quaison – LM – OVR 75 This was a Tuesday fixture but with 2 sets of games this has a strong chance though as Quaison was POTW and scored 3 goals in Mainz’s 5-0 away win over Werder Bremen.