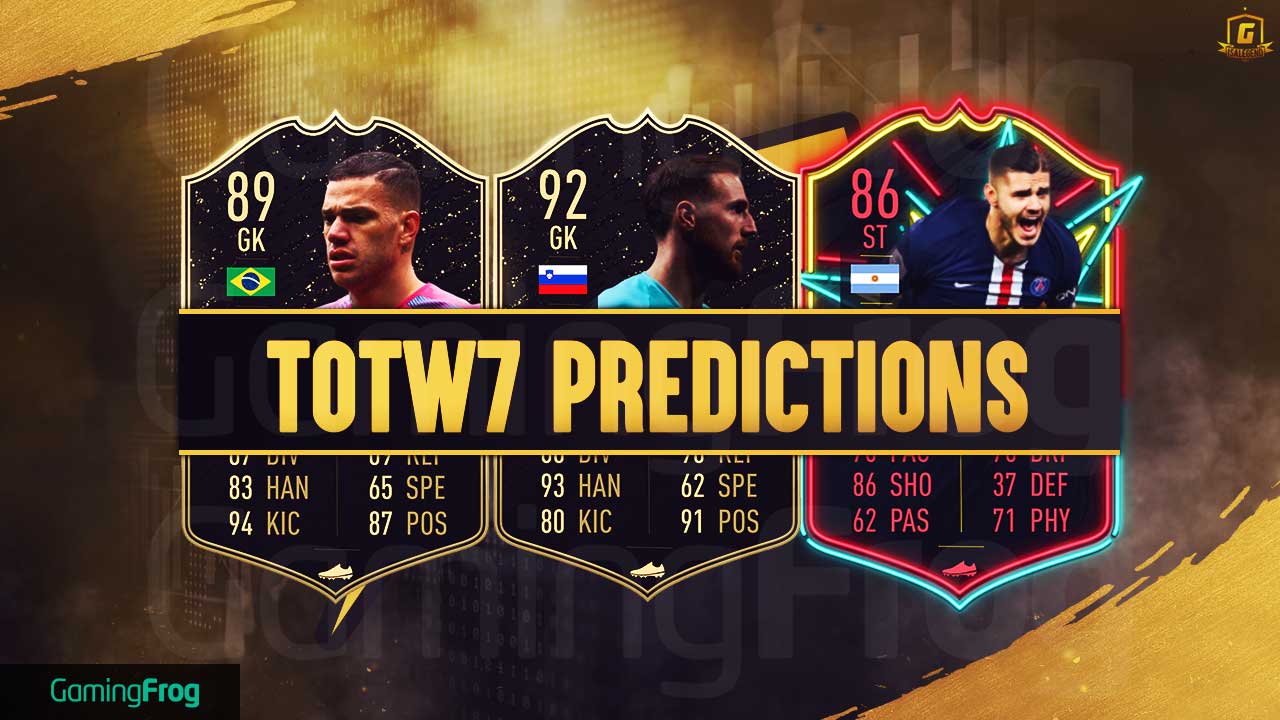 A difficult scoring with 13 but keeps the consistent form going as a whole, hopefully another good run ahead. The big question is could this TOTW be better than what’s predicted due to lack of stand out performances?

Jan Oblak – GK – OVR 91 Oblak looking set for an IF after an impressive shift in, with 2 saves plus a clean sheet, 3 from Marca and POTW only problem is the 2 saves may go against but when he is POTW too that may help and with a standout GK required he may get the nod but hopefully done enough surely to get in.

Benjamin Pavard – CB – OVR 79 Bayern grinded out an important win against Union Berlin with Pavard in particular standing out with a 2.5 from Kicker which may be a bit high but it’s his goal being an impressive volley that stands out, if kept a clean sheet may help more but feel he’s done enough to get in.

Ben Chilwell  – LB – OVR 79 Chilwell played an impressive part in Leicester’s 9-0 win, bagging a goal, 2 assists and a clean sheet, and with lack of stand-out defenders he deserves a spot despite impressive forward performances he looks to be the 1st of 2 in from the team.

Ferro – CB – OVR 78 Ferro  got himself a goal  in Benfica’s victory as a result sealing himself possibly an IF.

Paul Lasne – CM – OVR 75 Lasne was impressive with 1 goal and 8 from L’Equipe, sealing his spot in the TOTW.

Christian Pulisic – LW – OVR 79 Pulisic was part of the hat-trick club as a result his OTW looks set for a boost as well as an IF.

Omar Mascarell  – CDM – OVR 78 Schalke & Dortmund played a hotly contested draw and Mascarell stood out with a 1.5 from Kicker, with Boetius a recent SBC Card, we feel Mascarell may stand out from the Bundesliga.

Yusuf Yazici – RW – OVR 78 Yazici was impressive for Villa with 1 goal and 2 assists plus an 8 from L’Equipe as a result looking set for an IF.

Jamie Vardy – ST – OVR 82 Vardy was part of the 9-0 win as he got 3 Goals only problem is Perez equally deserves a spot but we feel Vardy has done enough to see him get in.

Luis Muriel -ST – OVR 80 Muriel ran the show for Atalanta as he got 3 Goals, 8 from Gazzetta which should do enough to see him get in.

Ederson  – GK – OVR 88 Normally we would not have 2 high rated GKs but with the TOTW needing to stand out but also due to how performances were we have gone this approach as Ederson looking set for an IF after an impressive shift in, with 5 saves and a clean sheet, as a result done enough surely to get in.

Ruben Semedo – CB – OVR 76 Semedo was impressive for Olympiakos with 1 goal, clean sheet in their victory over AEK Athens, as a result looking set for an IF.

Karl Toko-Ekambi – ST – OVR 79 The ST scored 2 goals and 3 from Marca doing enough to seal his spot in the TOTW.

Aleksandar Mitrovic – ST – OVR 78 The Fulham forward scored 3 goals in a midweek game against Luton, only problem is was a midweek so someone may get nod ahead but felt deserves his spot.

Kodjo Fo-Doh Laba – ST – OVR 73 Laba is part of the vast hat-trick club this week but he went one better with 4 goals and 1 assist for Al-Ain in the UAE League doing enough to seal his spot.

Mark Diemers – CAM – OVR 72 Diemers joins the hat-trick club with his performance and an 8 from VI which should seeing him join the TOTW.

Zelimkhan Bakaev – RW – OVR 71 Bakaev got 3 assists, in the Moscow Derby hopefully earning a spot in the TOTW.

Florinel Coman – LW – OVR 69 Coman got 2 goals and 2 assists for Steaua Bucharest sealing his spot in the TOTW.

Jose Kante – ST- OVR 69 Kante joins the hat-trick club with his performance which should seeing him join the TOTW.

Maicol Balanta – RW – OVR 66 Balanta got 2 goals and 2 assists for Santa Fe sealing his spot in the TOTW.

Eoin Doyle – ST – OVR 63 Rounding off the TOTW Doyle got a hat-trick to continue the trend of forwards with a hat-trick to potentially earn a spot in the TOTW.