After going through the basics of complementary trading in a previous article, I thought it would be interesting to explore a more advanced concept.

When you think about complementary trading you generally think direct green links however, yellow link as well as an indirect green link can present a good opportunity for profit.

For this indirect method, you need very specific players for it to work, where there is only one/two meta. If you can figure this quickly you can make good profit. Let’s walk through an example that will help you understand.

When SBC Casillas came out, there was relative excitement around him as he was a high rated card available for rather cheap (cost was low and pack return was good). As many people did it, a few threw him in a SBC but most tried to fit him in to their teams.  How do you fit him in your team? One of the ways was to use Spanish center backs. 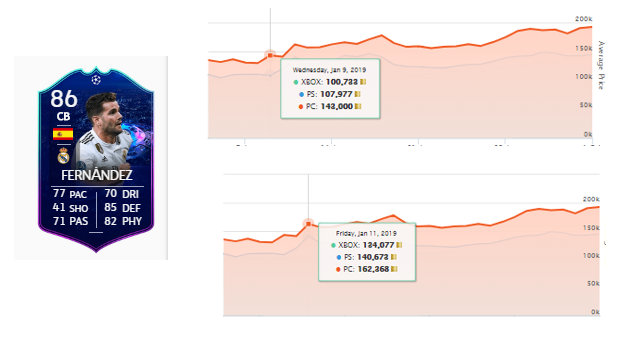 Other than Ramos (who is pricey), there aren’t many good Spanish center backs that are meta, as a result people turn to Nacho. As demonstrated there was a significant price jump in his card due to Casillas. Now, you might say “Aguia, it was TOTY and maybe people wanted to complement ramos/marcelo/varane toty with nacho”. I would say to refer to the original complementary goods article, if you are using Ramos TOTY would you use Nacho?

But if still you don’t believe me, see what happen to Alvaro IF’s price

As you can see there was a huge spike for Alvaro as well, the combination of Nacho and Alvaro going up tells us definitively that it was Casillas that increased the price of the card. 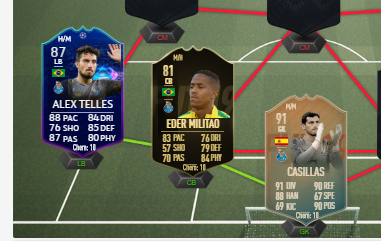 Whichever CB you use you need to use Telles. So even if it is one position removed Telles still acts as complement.

As you can see, Telles moved up like a rocket, I sniped at 115 and sold at around 165 (sorry for the no picture of sale).

These are the two types of indirect complements: Yellow Links and One Position removed

Here are some important notes for you to keep in mind before you attempt this method:

I hope this article has been helpful for you guys. As always let me know if you have any questions on twitter.