This is a historic rivalry, not only in Russia, but in Moscow. Both teams are only separated by one point. This game could affect their chances for the title race at the end of the season. Not too sure if it will be next Tuesday, since we had Spartak two weeks ago

Hard to pick one between these two, but for sure we will have one of them featured on the marquee matchups next Tuesday.

This traditional football rivalry would be featured on the MM next week. Be sure to grab some Eredivisie players for this SBC.

I would almost guarantee this one as one of the marquees if it wasn’t because of the new league SBC we just got today. Save some of your Ligue 1 players, just in case.

El clásico Rosarino has a lot of tradition in Argentina and it catches the eyes of many South American football lovers. This is a perfect match to invest in, if we get this one on the MMs, there would be a lot of profit.

We had our last Greek MM on week 6, not to convinced about seeing this one next week. Get about two players from each club, to be safe.

Juventus was recently featured this week, therefore I am ruling out this one.

I would personally invest in the Wanderers vs Sydney, since we haven’t seen any of the two in the Marquees this year. This is the type of game EA likes to feature as it will catch many people by surprise.

Another good league to invest in, if EA drops this SBC, remember this bronze and silver players can cost up to 2k. 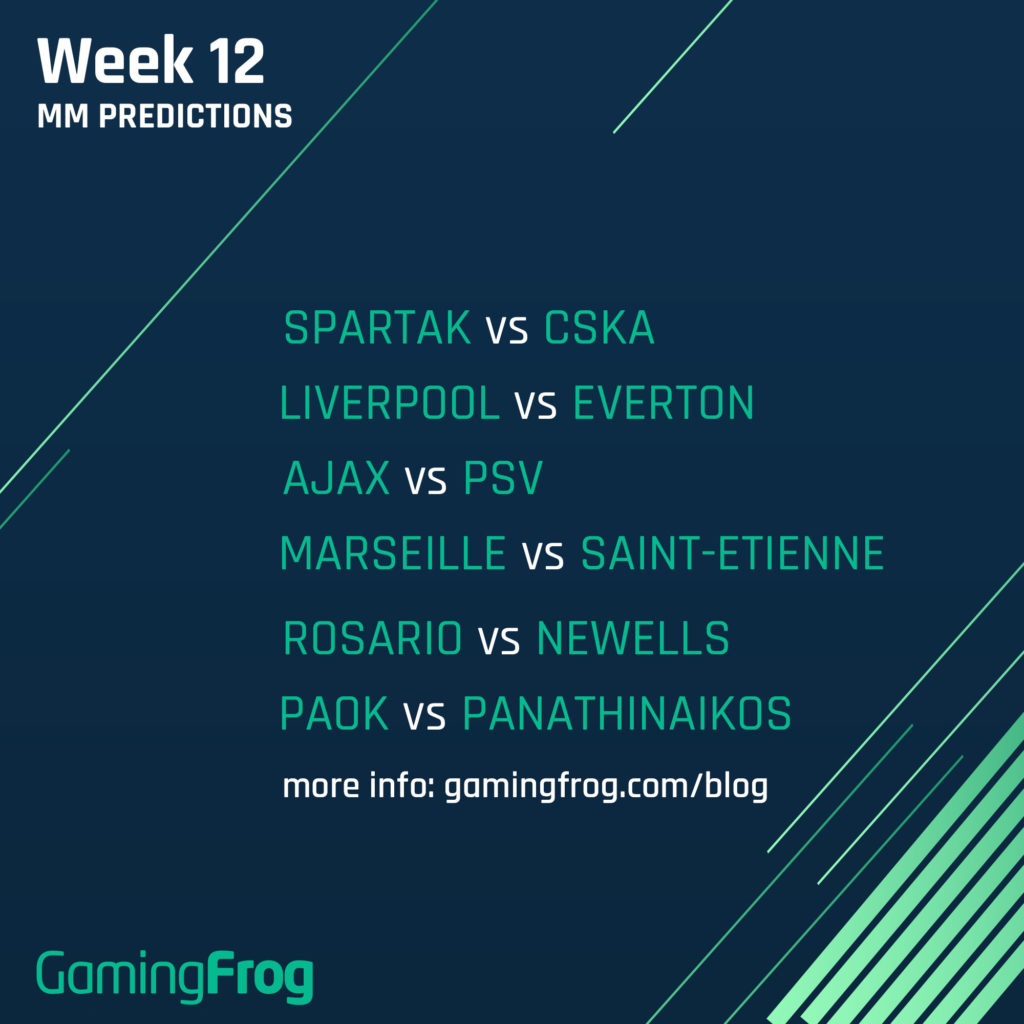